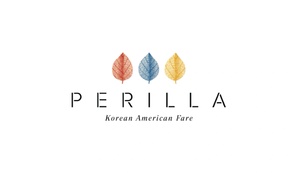 we believe that in order to provide our guests with the very best experience of food and hospitality, it requires a dedicated team of individuals working together with the same goal and purpose. to respectfully introduce and represent our cuisine and culture with passion and attention to detail. we hope to create and maintain a community of independent small businesses supporting each other throughout Chicago and partner with quality purveyors that allow us to share their products and services. While doing so, we hope to create a workplace for our teammates that offers opportunities and growth in a positive work environment.

Andrew Lim started his culinary career at The Bristol, a neighborhood eatery in the Bucktown neighborhood of Chicago. the restaurant was under the command of Executive Chef Chris Pandel, who Andrew continued to work alongside for many years. Andrew later went out west to the Bay Area of California and opened a pizzeria in Oakland with his childhood friend before cooking a season East in Nantucket. Andrew returned home and was part of the opening teams for Formento's of the B Hospitality Group, along with Swift & Sons and Cold Storage of the BOKA Restaurant Group in the Fulton Market area of Downtown Chicago. In 2018, Andrew ventured off independently to open his first business as the owner and operator of City Rock Korean Kitchen with co-owner and brother, Billy Lim located downtown in the Loop. Soon after, the opportunity for another restaurant presented itself and within the year of its opening, Andrew took over the space of an existing restaurant to re-open the business under his vision. Alongside his childhood friend and managing partner, Thomas Oh, they opened the doors to PERILLA korean american fare in July of 2019. A vision long dreamt to share his culture and cuisine with the city of Chicago.